Installing Windows 10 alongside with Mac OS is pretty straightforward with Apple’s BootCamp. It will ask you how much space you want to allocate for each environment, ask you for a Windows 8 or 10 ISO or CD-ROM, and then start the process. Once finished, you can select which OS to boot by pressing “alt” when the boot chime sounds. But BootCamp doesn’t give you enough flexibility. What if you want to share data between the two operating systems, for instance? Windows can’t access Mac’s HFS+ file system and Apple’s implementation of NTFS drivers to access Windows file systems is so buggy, they only dare to give you read access. And what if you’d like to not just install a dual boot but triple or quadruple boot? Of course, you might overcome most challenges by simply using a virtual machine in VirtualBox, Parallels or VMWare Fusion. But there are some use cases where you need to be able to boot natively into an OS - and it’s not just gaming in Windows, e.g. scrolling of console output in Eclipse is only usable under Linux. Windows and OSX do too much soft scrolling and cause a growing lag between real output and display. Another advantage might be to use Docker natively in Linux instead of a VM.

I spent literally 2.5 days (that’s 36 hours) on the internet, and trying and testing to remedy all the quirks and problems. I’ve tried many things that in the end didn’t work out. To save you that time, I decided to write this guide. Please let me know if it worked or where you got stuck to make it more complete.

NOTE: The following procedure is not without risk. Do not follow it unless you know what you are doing and most of all: create a backup first ! I will not take any responsibility for loss of data or wrecked OS installations (incl. the original OSX).

To make necessary changes to system files, you must disable the integrity checks of El Capitan

You have a dual boot system with partitions prepared for Linux and data sharing. You can switch between the OS by pressing the Alt key during boot.

You have a Mac which can boot to OSX, Windows 10 and Linux by pressing the Alt key during boot.

During boot you will get a nice boot menu which automatically boots into the previously selected OS after a certain timeout.

Note: After Windows or Linux updates you might loose the reFind bootloader. If so, boot into OSX by pressing the Alt key during boot and re-install reFind. (you will have to temporarely disable integrity checks first, refer to “Preparation” and “Cleanup”).

To be able to access the shared data partition from all OS, you must install ntfs-3g on OSX and configure it in Linux.

You can not only boot into Windows or Linux natively now, but also by using virtualization tools like Oracle’s VirtualBox to boot from the raw partition. But be careful NOT to suspend the OS in native mode and then boot via VirtualBox or vice versa. This will cause disk corruption as Windows/Linux will write data to the disk assuming a wrong status once you re-start the suspended image. –> As you can also read in the “Caveats” section, the best idea is to always shut-down Windows and Linux and never put it to sleep or hibernation (natively and virtualized). Only put OSX to sleep, nothing else.

You have installed Windows and/or Linux accordingly.

You may do the same for the Linux raw partition.

Once everything works well and you’re happy, re-enable the integrity system check (CSR): 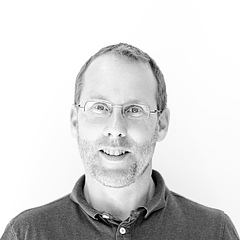 Michael worked as a Principal Consultant for INNOQ until October 2020. He has over 10 years of practical consulting experience in architecture, software development and middleware solutions. His main areas of interest are digitalization of industrial solutions and finding the right balance between latest and proven technologies to create sustainable solutions which fit the customer’s needs, culture and capabilities.