For more than ten years I have had the privilege to work mostly flexible in terms of location – this means a balance of office & remote (i.e.from home, on-site at other organisational facilities at business partners or at workshop locations and also mobile on trains, planes and their corresponding departure lounges, in cars only as a passenger or at rest stops). For a variety of reasons, I prefer events, especially conferences, training or meetups in person though. Obviously, this has not always been possible so far for time, budget or other reasons, the remote version was never an equivalent alternative.

Day 1 – do the evolution

Like so many others, I spent the last few weeks primarily in video calls (both professionally and privately, the latter decreased over time significantly), so the prospect of another online marathon did not sound very tempting. Events are one of the reasons I find INNOQ appealing- the mixture of flexible work mixed with regular personal contact & exchange in varying environments. Many sessions (lectures, open spaces and lightning talks in multiple tracks) as well as breaks later my first conclusion is: It was really fun, I learned a lot about unheard things (there are pink bricks in an otherwise monochrome grey Star Wars Lego set and how to explain software analytics with pop culture references from the 80s & 90s) & tried out new things – and it was really exhausting, like any other conference attendance.

The organization was fab – dedicated preparation & flexibility, feedback was appreciated and acted quickly upon on whenever possible (since the use of the term “agile” is already inflationary these days, I’ll refrain from attributing it). The colleagues are open to ideas, those often took only a few minutes (or clicks) to implement. Online collaboration is probably easier in the IT environment because technical skills can be very helpful but there is more to it – enjoyment and interest in technology & experiments, did I mention openness for new things? A virtual village or a hotel lobby where you can chat with others may at first glance remind you of the early 2000s, but technology has evolved. For example, spatial distance is acoustically perceptible in the virtual world of Mozilla Hubs. Parallel communication on different channels (primarily Zoom & Slack, secondarily also Mozilla Hubs, Discord, Miro, Houseparty, Sococo) requires attention and practice though because it is possible to lose the overview or miss a message or two.

After spending about eight hours of predominantly sitting it was about time for a change. A sweaty Tabata-workout, also virtual (camera of course not mandatory) under the instruction and encouragement of a remarkably sporty colleague, who demonstrated each exercise in what I perceived as double speed. Forty minutes later the numerous participants appeared to be exhausted & content.

Of course, there was also an optional evening program – a choice of a hotel bar, disco, various kinds of games or a pub quiz to choose from. And here again, I was torn between all the possibilities and decided for a slightly relaxed alternative – board games. First collaboratively containing the spread of epidemics to prevent a pandemic (what better goal to work on and it was successful thanks to a strategically and rationally thinking team) and then a bit of collegial sabotage while digging for gold, gambler’s fallacy included. I not only got to know new games but also gained a first impression of the different ways of thinking of the players.

The second day was also packed, again some presentations (from accessibility to home brewing to GDPR, everything in one single morning) and open spaces. The latter had the advantage that you could occupy much more rooms virtually, at least theoretically. Switching between the different sessions & rooms is also easier online, but you can’t get past the coffee machine on the way. For the catering, self-sufficiency was the rule, nonetheless, you could dine together or just take part in a lunch call (By the way, soups and soft foods are much less noisy than crunchy ones like crusty bread). I was also taken on various walks visually and/or acoustically. It seemed to be sunny throughout the event, easily recognizable by the backgrounds in the video calls which several people attended from the balcony and/or terrace, in the garden or just on the way. As I mentioned at the beginning, I got a glimpse into many rooms and could spot partners, children and/or (feline & canine) roommates of some colleagues. Some also made use of virtual backgrounds in a creative way which resulted in a hall of fame. Naturally, video use was optional.

As a speaker (introductory talks are part of the INNOQ culture as well) what I missed most is the audience’s immediate feedback that can be perceived from a podium – and the overall atmosphere (visuals, soundscape and more) in a hall which cannot be transmitted, especially not with a high number of participants. (Multiple screens with slides notes & simultaneous Zoom are not ideal for me – the focus is missing) . The prepared session materials can be easily reused, whiteboard layouts or similar can be saved as templates. It should be noted, however, that colleagues use different end and input devices – from smartphones, tablets and notebooks to large monitors and TV sets, as well as screen readers and VR headsets (this list might be only partially complete, it includes those devices that I have noticed). Not every tool is equally well suited for everyone, nor are all operating systems and browsers compatible, but the support among each other worked well as I would have expected. Cleaning up (or archiving) after each session is also easier – chats & whiteboards can be exported, some missed session recordings I will probably watch in the next few days and maybe even read up on some of the conversations again – because here again the big advantage is that side conversations are also available internally afterwards. In addition to slide decks (and sometimes recordings), you can gain much more in-depth information compared to keynotes & other conference presentations on common video and e-learning platforms.

Also worth mentioning is that I have no care obligations of any kind and therefore cannot be easily distracted in my home environment; my neighbours were not exposed to continuous sound broadcasting over 2 days because I usually wear headphones. Suitable equipment is, of course, advantageous – I had to borrow a proper webcam from friends (at short notice and despite all efforts none was available in the last weeks), a microphone and the already mentioned headphones. With Bluetooth, my urge to move around and the regular kitchen runs for refreshment were a breeze even during the sessions. A tablet is also a valuable addition, for whiteboard sessions or just passive watching & listening to a lecture on the couch.

I had the opportunity to start a conversation with several colleagues without much fuss and probably would not have met all of them within the 2 days either way. However it is also noticeable at a remote event that people have different personalities and some are more outspoken than others – however, they all seemed to be open-minded and I am looking forward to meeting more of them at a later time and on another occasion.

Online conferences are still not an alternative for me, many components which are essential for me cannot (yet) be transferred to the virtual world. However, I don’t want to see them as a (bad) replacement, but rather as a useful addition with considerable potential due to different aspects like travel time & environmental sustainability, even more, if one is open to further experiments and learning. In this quite intense way like INNOQcon-remote edition I would prefer to change to a 1-day format (including evening). The only negative memory of the last 32 hours is that I broke one of my handcrafted coffee cups while fetching coffee a little too energetic and maybe that I have to clean up the kitchen chaos tomorrow – luckily weekend just started. 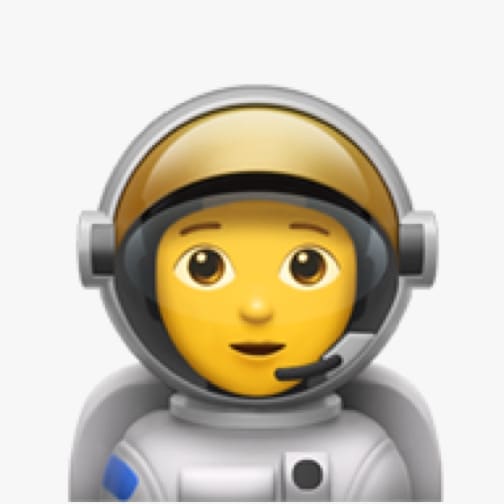 Martina Meng is a senior consultant at INNOQ. For many years, she has been dealing with digital innovations and other things that start with D in particular - Digitization, Digitalization & Digital Transformation, DPIAs, Digital Asset Management etc.