In his post “Errors are values”, Rob Pike, one of the original authors of Go, attends the common perception that one must repetitively type

in order to handle errors.

He recounts an encounter of his with another Go programmer who had some code that looked like this:[1]

with a write method that stops writing to w as soon as it hits the first error:

This encapsulates the repetitive error handling and lets them simplify the above code to something like this:

He then notes that this pattern appears often in the Go standard library, including in the bufio.Writer class which provides the same error handling as errWriter above while satisfying the io.Writer interface.

Using it changes the example into this:

Use the language to simplify your error handling.

The above solution is specific to io.Writer, even though the same error handling strategy makes sense for the io.Reader type, and from the blog post we know that it is in fact repeated in bufio.Scanner and the archive/zip and net/http packages.

Go does not support parametric polymorphism (or “Generics”), but if it did we could use it to write a single implementation of this error handling pattern and reuse it for different types.

Let’s start by considering io.Writer. It is an interface with exactly one method:

That method’s return type is a pair consisting of a value and an error, where in the common case that error is nil, indicating that the operation finished successfully. If an error did occur, the value may still be present (and non-zero), but we’ll ignore that case for this blog post.[2]

With a sufficiently expressive type system (and using completely made up syntax) we could express this as a type Result<A>, say, which represents the result of a computation and covers two cases:

An implementation could look similar to this:

This type provides a place to put the error handling strategy we’re after: From a successful Result we want to run the next “step” of our program, which may itself return a Result, but as soon as one step fails we want to stop. Let’s define a method Then for this task:

If r contains an error, Then just returns r, otherwise it calls f and returns the result of that call, which is exactly what we wanted. So far so good.

You may have noticed that calling Then simply discards the value of r (if it’s a successful Result). We also don’t need Then to always return a Result containing the same type of value. Let’s lift those restrictions and generalize the method:

Using this type (and a Write method that returns it), the example code from above could look something like this:[4]

I’ll be the first to admit that this piece of code is not elegant, but I believe that that’s due to lack of support by the language, so let’s consider where improving that could get us.

The method Then we defined above is well known in certain circles that practice functional programming, only those folks usually call it flatMap (or bind). That’s because the Result type is a monad. (Some other names for similar types are Result, Either, Or, Xor, or \/.)

And in languages with better support for monads we can more easily express computations using them. This is what the same piece of code looks like in Haskell:

Yes, this code performs the exact same error handling as our examples above. Other code that handles errors the same way will also look the same, reusing the error handling strategy defined in the result type, removing the need to wrap facades around interfaces every time we want to handle the errors they generate.[5]

In the end we accomplished exactly what is being preached for Go: We treat errors as values, and we are using our language to simplify our error handling. The difference is that we only have to do that once.

Two commonly perceived problems of Go are that handling errors is verbose and repetitive and that parametric polymorphism is unavailable[6].

One of the authors of Go offers a solution to one of those problems, but his advice boils down to “use monads,” and because of the other problem you cannot express this concept in Go.

This leaves us having to implement artisanal one-off monads for every interface we want to handle errors for, which I think is still as verbose and repetitive. 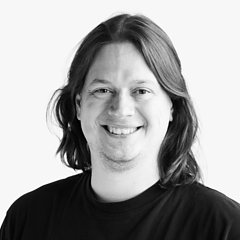 Martin is interested in programming languages, styles, and tools, and strives for clarity, simplicity, and generality.