Before we dive into the details of setting up a development environment using Docker, we should spare a couple of seconds and think about what we would like to achieve. How can we use Docker’s capabilities and which problems can we solve with it? The IMO most noticable benefit is that with Docker it becomes easy and fast to provide a controlled and isolated development environment for a project. Since Docker images can be created in a repeatable process from a versionable Dockerfile, we have full control and information about the content of the environment we are building. All dependencies can be clearly spelled out – either using the mechanisms of the platform on which we base our environment, or via any build or configuration management tool we choose to integrate. Another major effect of the isolation provided through the use of Docker is that we shield ourselves from the host system we’re using. We no longer need to install the servlet containers or app servers of choice directly on our development machine or make sure that we switch to the correct JDK before we build the project. There is also no chance that a careless typo in a cleanup script removes vital parts of the OS on the host – not a common occurence, but scary nonetheless. There are further benefits, such as the ability to easily provide a defined state of a test database, but for the purpose of this article we will concentrate on the isolation aspect.

Of course all these advantages could be achieved using standard virtualization technology. The main benefit that Docker has compared to these solutions is that it uses a much more lightweight approach. While this seems to be only a quantitative difference in theory it changes the way you work in practice. Once you have the capability to start literally dozens of containers on a machine that was hard pressed to run five or six VMs before, and have them available in a one second or less instead of 30 or more seconds, it will change the way you work.

So if we decide to set up an environment using Docker, what functionality should be provided? The details will vary with the type of project, but some basic principles will apply in most or all cases:

Having established the basics we now can take a look how these ideas can be put into reality. This example will provide a Docker Image that can be used to set up projects using the Typesafe Activator. The Activator can be used to bootstrap and control a project with Akka or the Play Framework. It provides a shell that can be used to build, test and run the project as well as a REPL for interactive work. The setup scripts and configuration for the sample image can be found in its Github repo.

First let’s take a look at how the image is created. Since our project will be JVM-based, we will base the image on one of the base images provided by the dockerfile/java Repository on the Docker Hub Registry. We could use any of the flavours available for the repository, but for this example we use the one including the Oracle 8 JDK. We will extend this image in a couple of ways:

The whole setup looks a tad complex, but for ease of use the necessary calls can be wrapped in two shell scripts:

Now you can start working with projects using this image. For this purpose the script ‘d.activator’ is provided. Just put this on your path and use the following steps to get up and running:

Perhaps the quickest way to check if things are working correctly is to choose the play-scala template first and enter the command ‘run’ when you have started the shell. d.activator exposes port 9000 from the container to your host, so if you open a browser on http://localhost:9000, you should be greeted with the initial play project page once all downloads and compiles have finished.

That concludes the first introduction on the Docker images for developers. There are a couple of next steps that could be taken. The most obvious one would be to provide images for other tools and technologies. Maven certainly looks like a candidate. But it also would be interesting to examine how the software development lifecycle could be changed through the use of these images. How feasible is it to use images as deliverables from development to QA? Can we use this approach to easily put microservices in production? Another topic that might we worthwhile to look at is how the container-based approach can be enhanced. How about using additional containers to provide persistence or dependencies such as databases? Can we use this somehow to find a better way to provide defined test environments? If you want to participate in any of this or just want to voice your interest please do so. 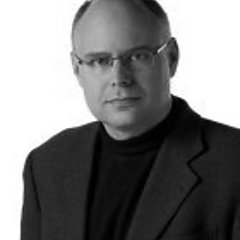